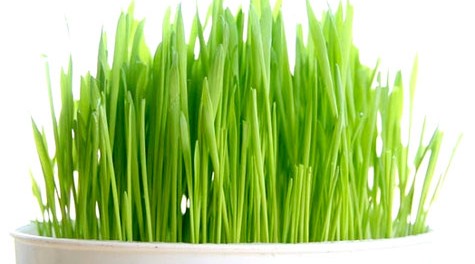 Wheatgrass juice is obtained by juicing the young grass of the wheat plant harvested early to keep its minerals and nutrients at their peak.

Sure, wheatgrass can be purchased in a form of supplement, or even in a liquid form. But, when it comes to your health, the best and most consistent results can be obtained by juicing your own fresh wheatgrass in a juicer. Besides, you can add some of the wheatgrass to your shakes or in your favorite teas, which is also a better way of consuming than using powdered wheatgrass, or otherwise prepared supplements for instant consumption.

A note about the taste. I still remember the first time I tasted wheatgrass juice. I have to admit … the taste was awful, simply because it was a new, previously unknown taste. I added some lemon juice, and I forced myself to somehow drink the mixture. A few days later, the taste was more acceptable, and after several week, it became even desirable.
If you are new to wheatgrass juice, my advice is, don’t be distracted by the taste. If you persist, the benefit will be enormous. 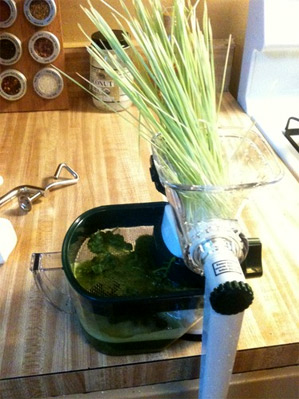 Wheatgrass juice is one of the best natural medicines out there. It is a super powerful concentrated liquid nutrient. Just one cup of this juice has as much nutritive value as 1.5 pounds of the best organic vegetables (like organic carrots, celery or radish). Specifically, this juice contains a lot of vitamin B, A, C, E, F and K, as well as calcium, phosphorus, sodium, magnesium, and potassium, all of which are well balanced and their combination useful for the body.

This juice is a complete natural source of proteins, because it contains all the essential amino acids. When we consider the relation between the composition and energy value, about 20 percent of the total calories come from proteins, which is a lot, given that we are talking about a plant. The proteins are in a form of polypeptides, meaning that they are shorter and simpler chains of amino acids easily absorbed in the blood stream and bodily tissues. As a result your body can use them more efficiently.

In addition to the fact that wheatgrass permeates your body with curative dosages of minerals, enzymes, vitamins, and antioxidants, it is also a powerful detoxification agent, especially capable of cleansing the blood and liver. Our body absorbs toxins in many different ways from our environment. Wheatgrass can help here, because it contains useful enzymes, like superoxide dismutase. This enzyme protects the body from external cancerogenic substances, heavy metals, or from the effects of harmful radiation.

It is recommended that you drink 30 ml. of juice, two times a day. The juice has to be consumed fresh – don’t wait more than 15 minutes after preparing the juice. All useful nutrients degrade very quickly, either by oxidation or in other ways, so as already said don’t way too long. If you can, use it as prepared on an empty stomach – that way the nutrients will be absorbed most efficiently. If not, add some lemon juice, orange juice, or carrot juice, or dilute it with water. Start with 30 ml a day, and gradually increase the dosage to 60 ml a day.

I don’t recommend using powdered or frozen wheatgrass, because it is not nearly as efficient as the freshly harvested grass. There are some indication that the beneficial action of the supplemental form of wheatgrass versus that of the fresh juice is reduced by a factor of 50.

If you haven’t grown wheatgrass before, it is easy. Just get some organic wheat seeds and you can grow your own wheatgrass to juice or grind for making smoothies.

Still, if you don’t have the time nor the desire to engage yourself in making home-made juices, the supplemental form is better than no wheatgrass at all. If you have to use go for the wheatgrass supplements, you can purchase them online, for example from Amazon.com. 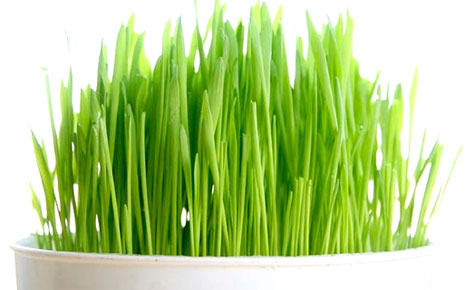 Fresh wheatgrass contains a form of biological electricity whose power is enormous in restoring the vital function of the cells, tissues, and organs of the body. It improves the general immunity, and me and my family can testify to the cleansing and restorative powers of this juice. Some sources even say that the power of this juice can stop the premature ageing processes on the cellular level.

Researchers emphasize another beneficial property of this vital juice: the fact that it contains high levels of chlorophyll. There is about 70 percent of chlorophyll.

Why is this important?

If you think about it, it is not so hard to see why and it makes perfect sense. On planet Earth, chlorophyll is the first and foremost material product that contains the healing powers of the sunlight. Life on Earth is in fact only possible because of the sun’s energy and the plants are able to use this energy and transform it in a form of chlorophyll in the process of photo synthesis. That’s why the wheatgrass juice can be considered the liquid form of sun’s energy.

Besides, chlorophyll contains high levels of oxygen, which improves your body with abundant quantities of this important element, especially for the brain. There are indications that regular drinking of wheatgrass juice helps increase the red blood cell count. 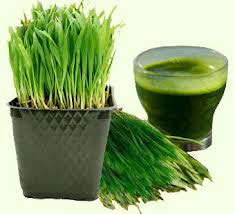 If the above was not enough to convince you why you should include this great nutrient, let me add a couple of additional benefits: wheatgrass juice restores the functioning of the thyroid gland, has strong anti-inflammatory action, and reduces the acidity of the body. It is also believed to help get rid of the surplus of mucus in the organism.

There seem to be no serious contraindications to using wheatgrass. In some cases, it can lead to nausea, headaches, or sore throat. According to webmd.com there is not enough information about the safety of wheatgrass in case you are pregnant or breast-feeding, so it might be better to avoid use.

However, if you intend to grow your own wheatgrass, there is one important precaution measure. Given that wheatgrass juice is always consumed raw and because wheatgrass is cultivated in water or soil, make sure it is not contaminated by mold or bacteria. That means, don’t wait too much after the sprouts have grown tall. Go on and prepare your juice. Otherwise, if the sprouts are exposed to moisture for too long, they may be contaminated. Unless you have sterile conditions, which is hardly possible at home.

In conclusion, wheatgrass juice can be a very useful addition to your daily diet. Unlike the wheat seed kernel, which does contain gluten, the leaves and stem don’t. So, if you are Gluten Intolerant,  you can be sure that your wheatgrass juice does not contain gluten. When using wheatgrass instead of grains, you also avoid the potential contamination with mycotoxins and molds due to the facts that grains and legumes are being stored for months, if not years before their actual use. However, be careful not to contaminate your wheatgrass in case you grow it at home.

All in all, if you have never used wheatgrass juice before, now might be the right time to start. To your health!