How to Consume Turmeric and Capitalise on its Health Benefits

Turmeric, also known as curcuma, is one of the best-known spices in traditional medicine. According to evidence from archaeological digs, it was used in Ancient Rome, the Middle East and India where it was known as ‘herb of the sun’. The benefits attributed to turmeric by these civilisations are today being confirmed by scientific research, helping to increase its popularity across the world. But how can you properly benefit from this pearl of Nature? 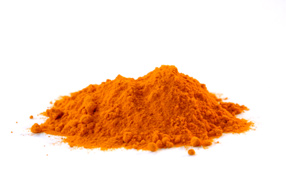 What are the recognised indications for turmeric?

It’s no coincidence that turmeric has been used therapeutically in several of the world’s traditional systems of medicine. Studies have now led to scientific recognition of at least four of the many claims made for it:

These properties are universally recognised and continue to be utilised across the globe.

Scientific research is continuing in an effort to understand the mechanisms of action involved in turmeric’s health benefits. For the moment, it’s known that the plant’s rhizomes contain very powerful antioxidant substances called curcuminoids, the best-known of which is curcumin. These constituents may account for turmeric’s many traditional applications: several studies suggest they act on multiple targets such as growth factors, enzymes, cytokines and even genes, triggering molecular cascades in the body.

How to consume turmeric

Turmeric is used in many forms across the world but there are three main ways it can be consumed.

To make a warm turmeric tea, infuse 1.5g of dried rhizome powder (equivalent to half a teaspoon, and around 60mg of curcuminoids) in 15cl of boiling water for around 15 minutes. Two cups a day are recommended in order to benefit from its effects.

It’s also possible to prepare a mother tincture from turmeric. Half-fill a container with freshly-grated turmeric rhizome, then fill to the top with a 90 proof alcohol and seal. Steep for around eight weeks, keeping it out of direct sunlight and giving it a shake every day. At the end of this period, filter the liquid and store in an opaque jar. To drink the tincture, simply mix a teaspoon with a little honey in some lukewarm water and add a pinch of pepper to increase the curcuminoids’ availability.

As an essential oil

Essential oil of turmeric is one of the most antioxidant-rich oils. It’s used on the skin in particular to help the healing process and fight reactive oxygen species generated by pollution and the sun’s UV rays. It can also be used in cooking in order to benefit from its effects on the digestive system, as long as it is first diluted in some form of fatty substance.

As a standardised dietary supplement 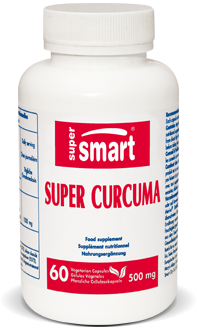 GIven that it is the curcuminoids in turmeric which are thought to be responsible for its therapeutic effects, it seems sensible to take advantage of turmeric supplements standardised in these substances.

Such supplements enable the ingestion of much higher doses than can be obtained with infusions, essential oils and dried rhizome powder. Those standardised to 95% curcuminoids are the most powerful, as are those that contain bromelain, piperine or phospholipids, as they increase absorption.

Whichever option you choose, naturally-derived turmeric has undeniable benefits for health. And even though it’s a tropical plant, it can be grown at home by planting a piece of fresh rhizome in a pot with some compost. Keep inside to start with, planting it out only once the risk of frost has passed.

This post is sponsored by Supersmart! We appreciate their mission, products, and partnership.