Have you ever noticed how beautiful the hair of Indian women usually is? Beautiful thick hair indeed… Is there a magic formula? Some say the magic is in the use of natural Brahmi oil (alone or together with other oils) before washing their hair. Who knows.

One thing is certain, this is quite unlike the western world where we wash our hair first and then do the conditioning.

In this post we are going to investigate the health benefits of Brahmi oil, related to hair growth or otherwise.

Unlike Moringa oil, Brahmi oil is not extracted from the seeds of the Brahmi plant. Brahmi oil is made as a herbal infusion of the Brahmi plant leaves in base oils. It is not meant to be ingested; it should be used only topically. Or you can buy brahmi supplement to be taken orally. The plants used for preparing Brahmi oil are two herbs with Latin names Bacopa Monnieri and Centella Asiatica. 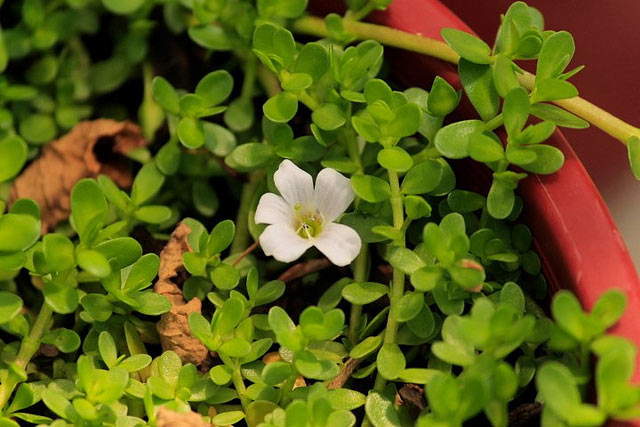 This oil is great for hair growth. If massaged on the head, it helps strengthen the brain as well.

Brahmi oil is made by using two types of Brahmi plants:

Brahmi oil is prepared by using the leaves of either herb and boiling them in base oils. As base oil, one could choose among several oil varieties, including purified butter – ghee, coconut oil, or sesame oil. Sometimes, in addition to the two Brahmi plants, the fruits from the Indian gooseberry – Amla is used. Amla is also known for preventing hair greying and loss.

This method of production enables extracting the nutrients from the Brahmi plant that are soluble in oil. They end up being dissolved into the base oil.

Apart from the method described above, Brahmi oil can be produced by distillation of the leaves of this plant. In this case we get a rather strong essential oil. It can still be mixed with some kind of a base oil, as already mentioned.

The healing and therapeutic properties of this oil include:

Brahmi oil has a number of healthful properties that have been used for treating certain health conditions.

Probably one of the things Brahmi oil is best known for is as a natural remedy for improving hair growth and other hair conditions[6]. Brahmi oil is usually applied directly on the hair, or in a scalp massage therapy as a hot oil. It has the property of soothing the scalp, cooling the skin, and providing relief from irritation. The results should be visible in a matter of weeks. In particular you should see an improvement in: 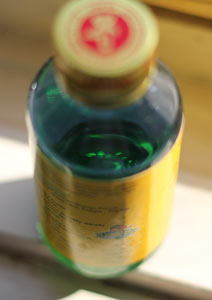 This beneficial action of Brahmi oil is because of its great nutritional value and antioxidant properties.

In addition to direct benefits for the hair, there are some indirect health benefits of scalp massage including reducing mental fatigue and stress and improving concentration, alertness, and memory. Thus, it could be helpful for impaired cognitive function – brain fog, inattentiveness, and dementia.

Brahmi oil can help in case of insomnia or other sleep disorders. One can either use warm oil to massage the scalp for several minutes, or prepare bath water with some Brahmi oil in it before going to sleep. Either way, Brahmi oil can induce a restful and relaxed sleep.

Brahmi oil is sometimes used to overcome chronic anxiety. Essential oil diffused in air with a vaporizer or deeply inhaled is best for this purpose.

The anti-inflammatory and analgestic properties of Brahmi oil make it excellent to get relief from joint inflammation or pain. It is also great for pain in other parts of the body, like back pain, or headaches.

Brahmi oil is believed to be a promising oil for treating Alzheimer’s disease. However, it is obvious that simple techniques of massage can provide this health benefit.

One of the effects of Brahmi oil is boosting the blood supply to the brain. Even though the end effect of Brahmi herb oil when used in therapy massage of the scalp is calming, this oil improves the overall alertness and sharpens the perception.

Brahmi oil should be used only on the skin, it should not be used for preparing food or oral consumption. If ingested in small dosage, vomiting and nausea might be the possible side effects. If ingested in large amounts, it could be deadly. The median lethal dose, LD50, of the extract of the Bacopa monnieri plant administered orally to rats was found to be between 5000 mg/kg and 17 000 mg/kg.[7]

Caution is advised to pregnant or nursing women and young children. Always consult your physician or other medical professionals for possible interaction with drugs during treatment or if you want to use this oil to cure illnesses.

Here is a list of bioactive compounds found in the Bacopa monnieri herb that usually find their way into the infused oil.

When purchasing Brahmi oil look for organic varieties. That way you will avoid the harmful chemicals used during the growth of the herbs used in production of the oil. You can find many different varieties, because of the different base oils used. Try to avoid cheap base oils. To extend its shelf-life it should be kept in dark bottles away from heat sources or sunlight.