There are many wonderful, health benefits of goldenseal, although, its use is somewhat controversial.

What is Goldenseal? Goldenseal (Canadian Barberry, Hydrastis canadensis) is a small perennial plant that grows between 6-12 inches. Since ancient times it has been considered a high rankiranih medicinal herb.

The rootstock is thick and knotted. The stem is purplish. The goldenseal leaf is hairy with double-toothed lobes. Each plant produces a single orange-red berry and a small greenish white flower.[1]

Goldenseal is native to North America, but is less common and populous than it used to be [2] due to excessive harvesting by humans. Long before the medicine has proven its health benefits, the native American peoples have used it too. It is now designated an endangered species by the Convention on International Trade in Endangered Species of Wild Fauna and Flora.[1]

The Native Americans used goldenseal extensively for medicinal purposes. [1,2] The Cherokee Indians used it to stain their faces and clothes yellow. This kept them from being identified as Native Americans. [2] Goldenseal can also be used to dye wool, silk and cotton.[2] 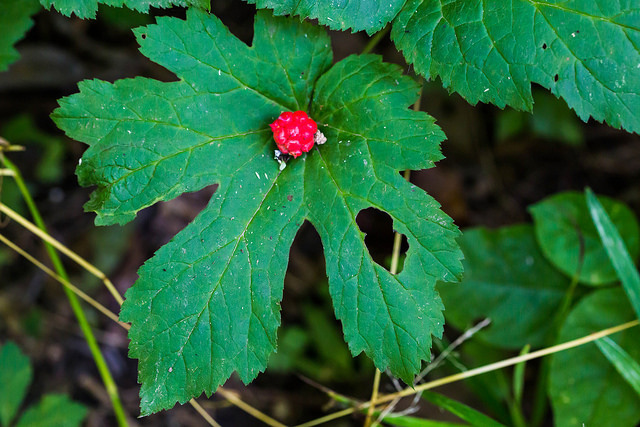 The Cherokee also used it as a cure for cancer (in combination with other herbs) and later on the pioneers used it as an eye wash, and in the treatment of wounds, rashes and mouth sores.[2]

This herb contains a compound known as berberine that kills many types of microbes. It is also believed to be a cancer fighter. It helps with fungal infections and diarrhea. This substance can increase the activity of the white blood cells, helping fight infections and strengthening the immunity of the body. Berberine is a cure for helicobacter as well. Patients suffering from heart disease, hypertension, or liver disease should seek advice from a health care professional before using goldenseal.

Goldenseal can interact with some drugs, such as cyclosporin, digoxin, tetracycline, some chemotherapy drugs and HIV drugs.

Recently, goldenseal is being used for morning sickness (although its safety in pregnancy is questionable), gastric upset, internal hemorrhage, to stimulate the appetite,increase bile secretion, as a laxative, to treat ringworm, urinary issues, uterine issues, [2] and goiter. [2] Other benefits of goldenseal include its use in fighting dysentery, cholera, and giardiasis. [3] The most common commercially available form of goldenseal is goldenseal powder, which is frequently encapsulated and then sold in the form of Goldenseal Herb Capsules.

It is also frequently sold combined with echinacea, especially in the form of a tea. Echinacea & Goldenseal Tea is a very popular home remedy for colds and the flu. 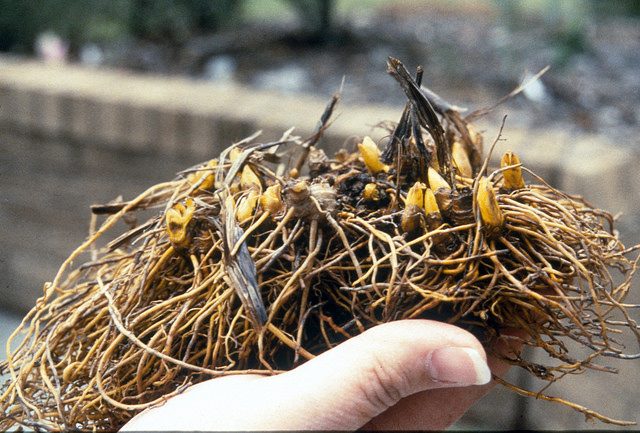 Hydrastine is the active ingredient in goldenseal; it has minor effects on the circulation and muscle tone in the uterus.[2] Another constituent of goldenseal is canadine  which acts as a mild sedative and muscle relaxant. Furthermore, goldenseal extracts have been shown to lower blood sugar levels. A third component of goldenseal is berberine which has anti-bacterial and anti-fungal properties.[1]

In large doses, the active constituents of goldenseal, hydrastine and berberine are toxic. Do not eat the fresh plant, as doing so may inflame the mucous membranes of the mouth.[2] Other possible side effects of large doses of goldenseal include nausea, vomiting, diarrhea, respiratory failure, miscarriage and the sensation of burning skin. In extreme cases, paralysis and death may occur. The majority of studies conducted on the side effects of large doses of goldenseal were done with the individual constituents, not goldenseal itself. These constituents do act differently when combined in the whole plant, as opposed to being taken individually.[1]

Warnings: Do NOT use goldenseal while pregnant.[1] Do NOT use goldenseal if you have high blood pressure. If you are breastfeeding goldenseal is giving a plant safety rating of ‘C’. Moderate potential for toxicity, mainly dose related. Seek an expert herbalist as well as a lactation consultant before using. Consider using safer herbs.[3] Do not give goldenseal to children under age 3, or if a ragweed allergy is present. It is probably a good idea not to use goldenseal on a long-term basis, and instead use it on a short-term basis for a specific ailment.

An effective bee sting remedy can be a tincture made of echinacea and goldenseal.

Make a tea from goldenseal, ginger, or myrrh. Soak a cloth with the tea and apply to the boil 10-15 minutes/day.

Make a poultice using one of the following herbs: plantain, comfrey, crushed flaxseed, goldenseal, chickweed, peach leaves or parsley. Steep the herbs in boiling water until they becomes soft… allow to cool just enough to prevent burns and apply to the boil and then wrap with clean linen or muslin. These boil home remedies are very effective and have been around for a long time.

Goldenseal is another of the great natural cold remedies. It has very potent antibiotic properties. The dosage is one 500-mg capsule three times a day, between meals. Goldenseal works very well in combination with echinacea. Take Echinacea Goldenseal for a powerful cold-fighting punch.

Goldenseal is an excellent canker sore home remedy. You can either swish goldenseal around your mouth or make a paste of goldenseal and apply directly to the sore spot.

Echinacea and goldenseal combined are two very popular pink eye home remedies. Take these internally, they are not to be placed on the eye.

Combine powdered goldenseal with hot water and use as a skin wash. Goldenseal is both anti-inflammatory and anti-infective.

One or two drops of the following tinctures, goldenseal, calendula, aloe vera juice and echinacea can also be added to a sitz bath. The herbs will provide relief and kill the yeast. Together these herbs are awesome home remedies for yeast infections.

Echinacea/Goldenseal Extract are especially beneficial for gastroenteritis. The echinacea is important for immune health and goldenseal is considered to be especially important for intestinal distress and relief of the stomach flu. Some herbalists recommend always packing goldenseal when traveling as it is a great remedy for “Montezuma’s Revenge.”