When speaking about immunity, people often forget that Vitamin D has by far the largest range of activity in the human body. Therefore, one could safely say that there are numerous health conditions that can be related to Vitamin D deficit.

A staggering one billion people suffer from Vitamin D deficiency. A large portion of these people actively avoid the sun because of fear of skin cancer (melanoma). But, without sunlight (or supplementation of some kind) there can hardly be any vitamin D.

You may accept the logic that you would rather be without Vitamin D, than risk skin cancer (melanoma).

That’s a fair assumption. The sun cures, but it may also kill. So what approach to choose?

You may try to find other sources of Vitamin D. Three of them stand out as the most important sources of this nutrient. 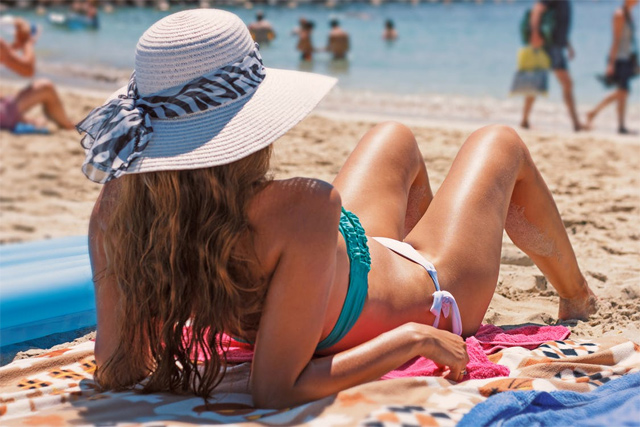 The Three Sources of Vitamin D

There are 2 important natural sources of vitamin D: sunlight, and enriched milk or other dairy products.

You would probably use enriched milk and dairy products and possibly eggs. The less exposure to sunlight you have and the less you consume foods with Vitamin D, the higher your vitamin D deficiency could potentially be.

Some natural sources of vitamin D:

When it comes to taking vitamin D as a supplement, it is important to know the ratio between the amount of vitamin D taken in international units and the blood serum levels: on average, it takes about 2000 IU to increase blood levels for 20 ng/ml. However, please note that 2000 IU is high: the RDA values of Vitamin D are about 600 IU for people up to the age of 70, and 800 IU above that age.

Be careful if you take vitamin D orally. You can hyper-dose on Vitamin D (as well as Vitamin A) and then it can be toxic.

Also, distinguish between Vitamin D2 (ergocalciferol) and Vitamin D3 (choleciferol). D3 is the right type. It is much better used by our body than the D2 type. You can read more about the difference between these two forms of vitamin D here.

Do not forget another important fact: Vitamin D is fat-soluble. What does it mean? It means if you take pills, take them with some fat, for example, with some coconut oil, or organic ghee (ghee is also rich in Vitamin K2, which is very important – see below).

It is little known that vitamin D has a structure similar to steroid hormones. Its activity in the body is very similar to the hormonal activity. As we have already seen, in addition to supplementing and using vitamin D rich foods, this important chemical can be synthesized in the skin. For this, the body uses a close relative of cholesterol, where the decisive role is being played by the sun’s ultraviolet radiation.

And now the real question is what happens if there is no sunlight exposure, if a person does not take supplemental vitamin D, or food rich in vitamin D?

Of course, this is the typical case of vitamin D deficiency. If this deficiency persists for some time, serious health consequences may gradually arise.

The first signs of deficiency are mild and unrecognizable (insomnia, fatigue, loss of appetite, visual impairment). The normal vitamin D levels in blood plasma are between 30 and 75 ng/ml, with a satisfactory value of about 55 ng/ml.

Without vitamin D, there is no adequate calcium absorption. The bones get soft and there may occur rhinitis and osteomalacia. If there is not enough vitamin D, bone fractures are easily formed.

The other vital function of Vitamin D is its influence on vascular system, as confirmed by the famous Framingham Study. In particular, Vitamin D protects the sensitive endothel from inflammatory processes.

But there is a thin line here. Too much vitamin D is also not a good thing. It becomes toxic. Boundary toxicity is considered to around 90 ng/ml, after which value one may get the following signs of overdose: headache, weakness, vomiting, drowsiness, and then hypercalcemia.

Vitamin D, Immunity, and Other Conditions

Patients who are staying in hospitals for a long period of time are deprived from direct sunlight. They swallow a bunch of pills, however, vitamin D is usually not on the list. As the most important area of the activity of vitamin D is the immune system, it makes sense to take it regularly.

In the winter, there is increased vitamin D deficit because of a large number of sunless days. Some experts consider this to be the major cause of flu (a drastic decline in immunity), and not so much the lack of vitamin C.

Doctors usually recommend eating citrus fruits, but this might not be that important. Vitamin D deficiency is also a seasonal thing and may influence the activation of virus infections. This was confirmed by a Japanese study on children who got 1200 IU of vitamin D. These children were 40 percent less likely to be influenced by flu than the placebo group.

So we are making a mistake here: all the glory goes to vitamin C and vitamin D remains in deep shadow.

The key to immunity could be much more in the hands of vitamin D, and not vitamin C because of its extremely anti-inflammatory effects. This effect was confirmed by a Finnish study, where children were given vitamin D from an early age. These children had lower risk of developing diabetes than the ones who did not receive vitamin D supplementation. Vitamin D is also on the list of most important supplements for type 2 diabetes.

So, Vitamin D helps your body to improve bone development. It does so by improving calcium absorption. This much has been known about vitamin D for decades. But the new development is that it is vitamin K, and especially vitamin K2, which does much of the work. Vitamin K2 helps prevent calcium deposits in the arteries and inner organs, while at the same time directing calcium where it should go, in the skeletal system.

Without Vitamin K2, Vitamin D may be preparing calcium to be used in the wrong places, such as in a form of deposit in your arteries. Vitamin K2 prevents that. The moral of the story is, if you supplement with vitamin D2, you have to take in vitamin K2 as well.

In addition, the safety of vitamin D may depend on vitamin K2. Some studies indicate that the possible toxicity of Vitamin D may be prevented by having enough available vitamin K2.

Don’t forget about Vitamin D. It can be your friend. It is especially important for the immune system.

The best way to take it is sun exposure. Check this post to learn how you can do that safely. The next best way is vitamin D foods or supplementation. Do that if you don’t have the possibility to go out in the sun very often.

If you take vitamin D orally, take it together with vitamin K2. This will help your body stay away from a lot of trouble, such as forming calcium deposits in the wrong organs or bodily systems.