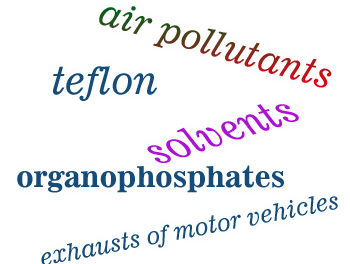 It’s not so easy to talk about environmental toxins. People don’t like to hear about them. The reason is they are so abundant in our environment, in our air, water, and food, that is it easier to forget about them, than to deal with them in the first place.

The grave truth is, the buildup of environmental toxins in the body may lead to a number chronic health conditions. And there is hardly any other solution for this problem but to ease the toxic burden.

For example a lot of autoimmune diseases, even the ones not commonly known as autoimmune (arthritis, Alzheimer’s disease, cardiovascular issues) occur when some external factors provoke action from the immune system against some part of the body. And toxins have a direct role in this.

The Immune System and Environmental Toxins 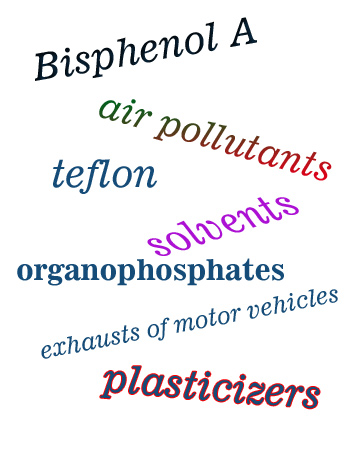 There is a direct impact of the environmental toxins on the immune system. The immune systems becomes imbalanced and the ability to fight bacteria, viruses, fungi and other acute infections goes down.

When you reduce the levels of toxins circulating through your body, the immune system can go back in balance, and many of these conditions go away.

The toxins we are talking about here are actually chemicals and heavy metals. They are not the toxins produces by living organisms, like venom for example. To distinguish them, the proper expression should probably be “toxicants” instead of toxins. But we will use both terms interchangeably.

The toxins of chemical origin are a huge burden for our body. The majority of toxins are BPA (Bisphenol A), air pollutants, teflon, various solvents, and so on.

Most people can metabolize certain type of toxin in isolation, but if you add a second, third, and fourth toxin to the list, suddenly their cumulative action starts to show considerable biological effects.

The top toxicants we are exposed to every day are BPA, exhausts of motor vehicles, solvents, organophosphate pesticides, plasticizers, and similar. The list is some 140 chemicals long.

You can find it online, for example here: “Fourth National Report on Human Exposure to Environmental Chemicals”.

How to Fight Against Environmental Toxins?

The first step to get rid of these environmental poisons is avoidance. Because, the majority of toxins in your bloodstream are not persistent. Which means, if you stop getting them through your food, water, or air, in a two weeks time they will not be there any more.

Most of these toxicants are mitochondrial poisons. Mitochondria are miniature power plants of our cells. They produce energy in a form of electrons.

When these electrons move, they release photons in the process. Photons are basically nothing else but light. So if you pollute your mitochondria, it’s like you are diminishing the light and life of your cells.

If you constantly ingest mitochondrial poison into your body, you will be tired, your brain will underperform, you will gain weight, and, in time, you will have problems with high blood sugar.

As we grow older, each ear adds more toxin load to our bodies. But the important point to understand here is the following:

The majority of toxins are airborne. They come from your home air.

These cleaners have several filters in them, typically, HEPA and charcoal filters. Some of the best brands include Blueair, AustinAir, IQAir, and AllerAir.

The Mechanism These Environmental Toxins Work

How do mycotoxins, mold, and other toxicants affect the immune system?

They basically rob the white blood cells (leukocytes) of glutathione. Glutathione is the master antioxidant – the most important antioxidant. It is a substance produced by the liver, but it can be found in some foods too. Glutathione takes part in many crucial processes in the body, like fighting inflammation, tissue building, making proteins and chemicals, and helping the immune system.

Similar effect with respect to glutathione occurs with pesticides, plastics, solvents, and heavy metals. Through glutathione, they all cause imbalance on the level of the immune system and provoke autoimmune issues, increase chronic conditions, such as asthma, and allergies. Glutathione is a powerful antioxidant. If you breathe in toxins regularly, your lungs will be depleted in glutathione.

Persistent pollutants, such as PCB, or DDT constitute risk for obesity and diabetes. They are generally fat soluble , as are the mold toxins, so they are transformed directly to the mitochondria together with the fats as fuel. The more fat soluble the toxins, the more difficult for the body to dispose them. So fat soluble toxicants get out of our bodies much more difficult.

What Can We Do Besides Using Air Cleaners?

Consuming a lot of green vegetables in a form of green drinks or smoothies can help as chlorophyll helps clear the persistent toxins. Green tea has also been shown to promote the excretion of dioxins and PBC out of the body.

What also may help is curcumin, broccoli, rooibos, and African honeybush tea, as they all help the liver fight these toxicants.