Selenium is a chemical element, with atomic number 32 and chemical formula Se. In our body, however, it is a trace element, meaning that we all have to have small amounts of it to function properly. It is vital for our health and our bodies won’t function well if deprived of it.

An estimated one of four Americans over 40 years old take selenium supplements.

Selenium is required by the pancreas, spleen, liver, and kidneys. It also helps improve the condition and general health of the skin. 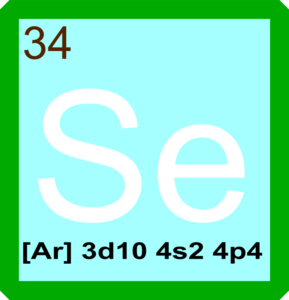 As it is the case with any other nutrient, the proper balance of this mineral is very important. Too much is not good, too little is not good either.

Is your diet rich in selenium?

If not, you should improve it by eating more foods rich in Selenium, like for example Brazil nuts.

If your diet is already rich in Selenium, then you should be careful. There are convincing evidences that too much selenium in human diet can in fact lead to health problems, such as promoting diabetes type 2. This mechanism is not known exactly, but chances are too much selenium can increase the person’s insulin resistance.

Selenium is especially good in combination with vitamin E. Vitamin E is a type of powerful antioxidant, and selenium also works as an antioxidant.

In fact, this combination works great to prevent aging and oxidative stress.

Here is a list of important selenium health benefits.

By virtue of its ability to reduce oxidative stress, and especially being able to prevent cholesterol from oxidation, selenium improves cardiovascular health and lowers the risks of heart diseases.

Selenium can be considered a fertility booster. It helps the sperm formation and improves its mobility. Both of these functions of selenium improve the likelihood of egg fertilization and promote the normal development of the fetus.

Selenium has a positive effect on patients who are HIV positive. It has been shown that supplementation with selenium can help decrease the number of HIV infected cells.

If you know you are going to eat seafood contaminated with mercury, you can take some extra selenium. Selenium keeps your body safer because it attracts mercury like a magnet, it binds it, and then neutralizes its harmful action.

Selenium is believed to play a very important role in the body’s defense against cancer, especially prostate, skin, and lung cancer. If you want to know more about the exact mechanism, you can check this page.

Selenium can be important in case of hypothyroid symptoms. It also helps reduce tissue damage in the area of the thyroid gland. Moreover, selenium helps convert the inactive T4 form into the active T3 form of this master thyroid hormone. If there’s not enough selenium, this conversion might be impaired.

Selenium boosts the immune system. It does that by improving the efficiency of the erythrocytes (white blood cells), and affects many aspects of the immune system, including controlling the inflammatory processes.

Selenium reduces the appearance of dandruff and can prevent hair loss. It is therefore included in anti-dandruff shampoos. In combination with zinc, it can help treat a number of hair problems.

Because of its anti-inflammatory action, selenium, preferably in combination with vitamin E, can help in case of lupus, eczema, rheumatoid arthritis, and psoriasis. Its beneficial function in our body is mainly performed by being incorporated into selenoproteins.

Other conditions where selenium can be helpful include cognitive decline, osteoarthritis, cataract, and cold sores.

Some foods typically contain larger amounts of Selenium, but please note you wouldn’t know how much selenium is there unless you know the location where the food was grown. As the plants cannot produce selenium on their own, they have to receive it from the soil. If the soil is depleted, there will be hardly any selenium in the plant.

In the U.S.A., typically higher levels of selenium in the soil can be found in North and and South Dakota and Nebraska. Selenium deficient states are, for example, Oregon and Washington. The soil in Europe, Australia, and Asia, tends to have lower concentrations of selenium.

If you eat food from different areas, including food from areas rich in selenium, you will get a good mix, and probably your selenium levels will be within the normal range. In that case you won’t have to take chances with selenium supplementation.

If you don’t have enough selenium in your body, the following list of selenium rich foods may come in handy.

This is absolutely the best source of selenium. Be careful though, as only 6-8 nuts may contain as much as 550 micrograms of selenium, which is way beyond the recommended daily allowance for adults. 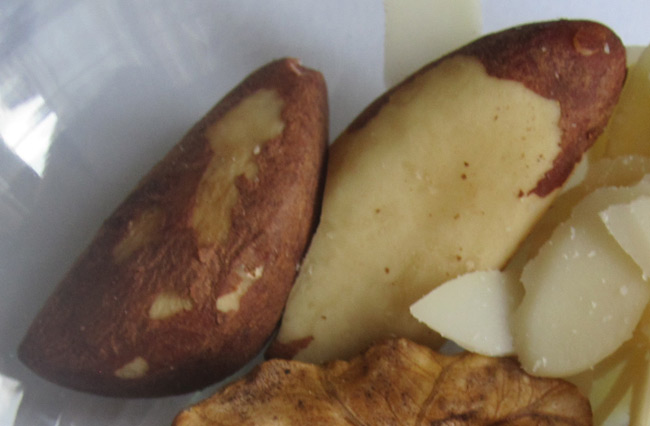 Pastured eggs can be considered a solid selenium source. They are also good source of phosphorus, iodine, vitamin B12, and riboflavin.  For example, one hard boiled egg may contain about 15 mcg of selenium.

Some mushroom species have a fruitbody that contain high concentrations of selenium. They are typically wild-grown edible mushrooms.

Mustard seeds are a great source of selenium. In addition, they are a very good source manganese, phosphorous, copper, and omega-3 fatty acids.

For a more exhaustive list of foods rich in selenium, check out this page.

The (RDA) – Recommended Dietary Allowance is 55 mcg for adults. Preferably you should get this amount through a proper diet.

Too much selenium can be harmful. Consult with your doctor if you plan on using selenium supplementation.

Other than diabetes type 2, excessive amount of selenium can lead to gastrointestinal problems, bleeding, white spots on nails, irritability, and fatigue.

Selenium could be potentially harmful for breast feeding or pregnant women and for infants.

The typical approach that getting more of a good stuff is even better, is not valid in the case of Selenium. It can backfire if you are not careful.