Have you ever tried turmeric ginger tea?

If not, you really should give it a go. Turmeric ginger tea has two of the healthiest ingredients in nature – ginger and turmeric.

Recently I’ve increasingly started using both of them.

Not only in a form of a healthy drink. I believe they are so beneficial for my health, that I use them as spices to season my meals, either cooked or cold, as supplements, as a valuable addition to my green smoothies, and in any other way I can think of.

In this article I will discuss the most important things you need to know about ginger and turmeric and why this herbal tea is so good for your health.

Let’s talk about Ginger first. Ginger is a flowering herb that is commonly grown in South Asia. The ginger root is used to add flavor to food and is one of the most effective traditional remedies. 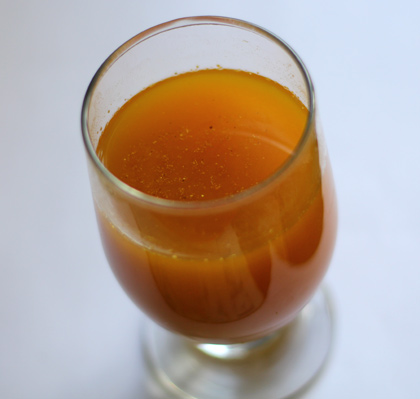 If you’ve never tried it, ginger has a hot and spicy taste. It is used in the famous Indian masala chai.

Ginger (and ginger juice) has many wonderful health benefits. It is given to adults and children suffering from diarrhea, nausea and gas. It is also quite effective as a treatment for common cold and cough.

What about Turmeric? Turmeric is a plant found in the ginger family that is native to India.

The turmeric root is commonly used in Indian cooking as well, to prepare some of the most delicious curries.

Turmeric has a distinctive peppery flavor. It has many uses. It is one of the most common herbs used in Ayurveda, where it is used to treat cold, indigestion and liver problems.

What are the Health Benefits of Turmeric Ginger Tea?

One of the biggest benefits of turmeric ginger tea is that it acts as a powerful anti-inflammatory agent, and is used for pain relief.

In fact, it has the same effect on the body as aspirin, ibuprofen and other drugs given for pain relief, except that it is much more powerful and has fewer side effects.

Many therapists recommend giving turmeric ginger tea to those suffering from rheumatoid arthritis, ulcer and other chronic inflammatory conditions.

Turmeric is traditionally used in Ayurvedic medicine to lower blood sugar levels and as a supplemental treatment for diabetes.

It makes sense to give ginger turmeric tea to diabetes patients for this reason.

However, if you have diabetes, do consult with your doctor before starting with turmeric ginger tea, just to make sure that it does not interfere with any of your medications.

Even if you don’t have diabetes, but you consume too much sugar and grains, it would be wise to try to have your blood sugar levels low – and turmeric can be your ally in that.

3. It Has Anti-cancer Properties

Turmeric ginger tea is an extremely powerful anti-oxidant, which is why it is believed to have anticancer properties as well.

A study published in the British Journal of Cancer found that turmeric and ginger inhibited the growth of cancerous tissues. Turmeric is believed to fight the growth of lung cancer. Ginger is one of the most effective natural treatments available for ovarian cancer.

Turmeric has been found to have great benefits for the brain.

It is believed to stimulate neural activity in the brain. It also prevents the growth of toxic material such as beta-amyloids in the brain, which is known to be one of the biggest causes of Alzheimer’s disease.

For this reason, turmeric ginger tea is given to older men and women who have this condition.

If you are suffering from diarrhea, nausea, upset stomach or motion sickness, you should most definitely take turmeric ginger tea, as it is a powerful antidote for these conditions.

Both ginger and turmeric fight indigestion. Ginger clears up the intestinal tract and ensures the smooth movement of food through the digestive system. Turmeric fights bloating, stomach ache and gas.

6. It Lowers Cholesterol and is Good for the Heart

Turmeric is given to those suffering from high cholesterol. It has known anti-cholesterol effects and can help you lower LDL cholesterol naturally.

Ginger clears up the blood and prevents the formation of blood clots, and thus helps to prevent heart attack and stroke.

This makes turmeric ginger tea one of the most effective natural treatments for high-cholesterol; which is why it should be taken regularly by those who are at a risk of heart attack or stroke.

How to Prepare Ginger Turmeric Tea 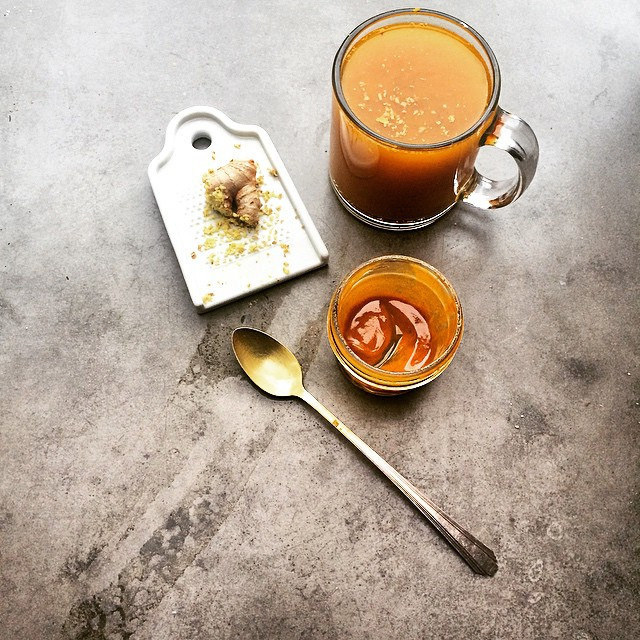 You can add one table spoon of honey if you have to, but I like my tea unsweetened.

You can also add some lemon juice if you like.

Another option is to add half a teaspoon of ground cinnamon (with the added benefit of extra blood sugar lowering feature of your final beverage).

Make sure, however, that it is the true Ceylon cinnamon, not Cassia (check this post for the differences).

Boil the water in a small pot. Add ginger and turmeric. Simmer for something like 5 or 10 minutes. Some recipes recommend straining, however, there’s no need for that: the tea will be more potent without straining. Add your honey or lemon if you like.

Be patient if you don’t like the taste. Possibly experiment a little bit with other ingredients until your sense of taste has adapted to the characteristic potent flavor of turmeric ginger tea. 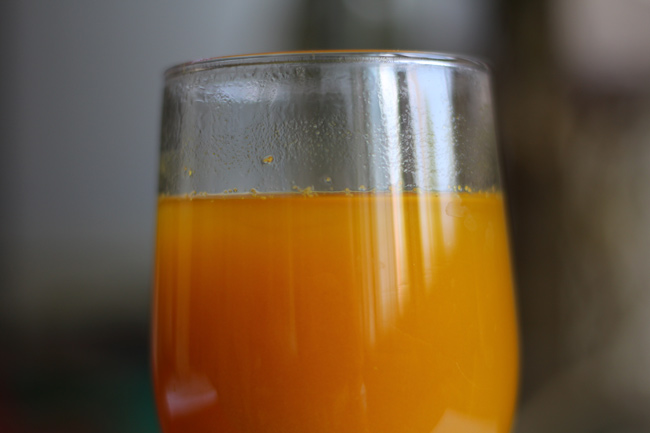 Are turmeric and ginger one and the same thing?

No they are not. Although both are roots in nature, they are different plant species. However, I’m not surprised they are mixed up so often. Both of them belong to the group of the most powerful herbs on the planet. Their combination is even more powerful.

Are Curcumin and Turmeric the same thing?

No they are not. Curcumin is the bio-active component of Turmeric powder. It is responsible for the anti-inflammatory, antioxidant and other beneficial properties of turmeric. Curcumin accounts for no more than 5 percent of turmeric powder, and to make things worse, not all of it is bio-available. To improve the bio-availability consider adding some black pepper to it. Piperine from the black pepper can increase the bio-availability of curcumin 20 times.

We have discussed just some of the many health benefits of turmeric ginger tea.

Note that both ginger and turmeric are spices, and are considered relatively potent nutrient rich foods. If you’re not used to them, you might find them a bit overpowering, so go slowly.

I absolutely have to urge you to try it out sometime soon. You won’t be disappointed with its health benefits. It tastes great too!