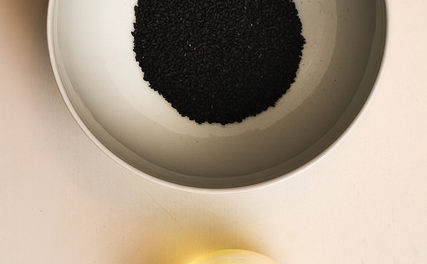 The seeds of Black cumin, Latin name “Nigella sativa” are the source of Black seed oil. The other name of this oil is Black cumin oil. Black cumin plant has very small black-colored seeds used for their astonishing health properties from the time of ancient Egypt to date. Black cumin is a flowering plant native to Asia, with unique and very potent nutritional profile.

Black cumin has also been referred to as Roman coriander, black caraway, and fennel flower. In India, it is commonly known as Kalonji. Every flower of the Nigella sativa species produces a huge number of nutritious seeds. The oil extracted from these seeds is equally as nutritious and healthy. It is said that the Prophet Mohammad once commented on the power of the black cumin. He said that the black seeds contained cure for all diseases except for death. 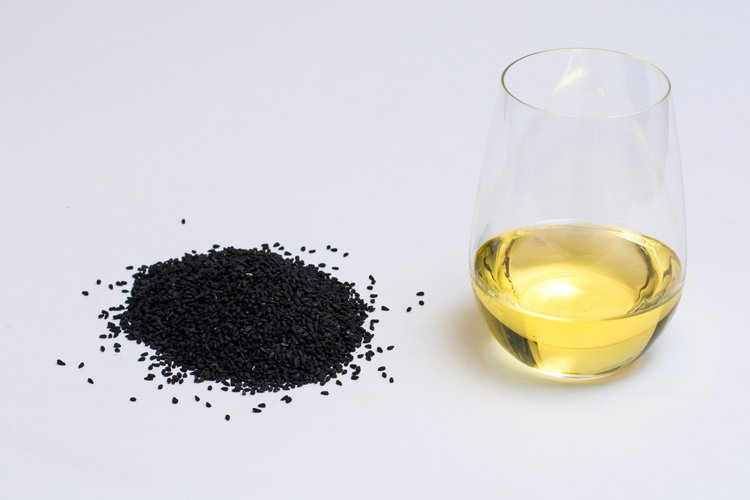 The list of healing features of this oil is really impressive. Its therapeutic properties include the following beneficial actions: 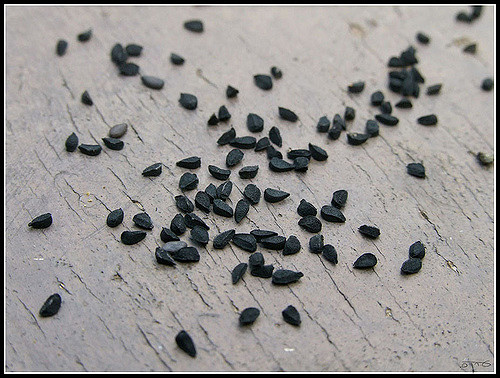 This oil is not very common, and you would have to go to a specialized store to purchase it. However, it has provoked a lot of interest in the scientific community. Due to its wide range of medicinal benefits, it would be wise to have it in your home collection of cures and remedies. For example, it can be of great help to treat acne, fungal infections, hair loss, bloating, and other conditions.

As you might already know, the black seed oil is a healthy edible type of fat. There is an important disclaimer though. To ensure it stays healthy, use it cold. As with all the other plant oils, don’t cook with it and don’t heat it. Instead, use it in salad dressings, juices, shakes, or add it to your meals after cooking.

This oil can improve the respiration in case of asthma and protect from bronchial problems. The best way is to use a vaporizer with a couple of drops of black seed oil in ir. In addition, the active phytochemical substance called thymoquinone present in this oil will protect from inflammations as a result of allergens. [1] This is one of the stronger effects of black seed, related to reduction of allergic reactions. It may help with allergy symptoms, including watery eyes, sneezing, and sickness. The best way to take this oil is two times a day mixed in juices or smoothies. It has a strong taste, which you might want to conceal by mixing it with lemon juice.

This oil can be used as a remedy against acne-related problems. Don’t use it directly though. Rather, mix 10 drops of black seed oil in 1 liter boiling water. Use the vapor from this mixture to open the pores on your face. The black seed oil will help with its antibacterial properties.

Black seed oil can improve the health of your hair. Either mix equal parts of this oil and coconut oil, or olive oil. Massage your hair and let it stay there for half an hour, before washing it out. This helps against hair loss in improves the quality of your hair.

The oil of Nigella sativa has strong anti-bacterial action. It can eliminate various bacterial strains, such as Escherichia coli, Salmonella, Staphylococcus, MRSA, and others.[2] To purify your home air, use a diffuser, in which case you should prepare a mixture of black seed oil and lavender. To fight bacterial infections, use it orally with some kind of beverage.

This oil is one of the few types of natural substances that improve the function of the pancreas, including the production of beta cells. [3] These are the cells that produce insulin, which is very important in case of diabetes type 1 or type 2. In that sense, black cumin oil can be considered a type of insulin booster. 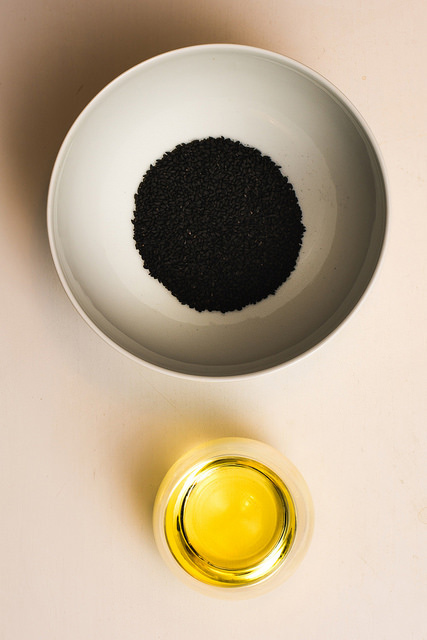 Black seeds and black seed oil are potentially safe in smaller doses. The oil is safe up to 3 teaspoons a day. In larger doses they can become toxic, primarily due to two chemicals, malnthin and nigelline.

It is not suitable for babies, and pregnant women. When applied topically there may be a risk of dermatitis. Because of that, it should always be diluted, for example with olive oil in 1:1 ratio.

Out of the poly-unsaturated fatty acids, the vast majority is omega-6, and very little omega-3. That’s not a good news for the Paleo folks, who always try to maximize omega-3 vs omega-6 ratio. Anyhow, this is not a reason for concern, as the quantity of this oil has to be kept low anyway.

In addition to fatty acids, there is a number of volatile chemical compounds (most of which are aromatic compounds) that are the main reason behind this oil’s healing properties. The other class of compounds worth mentioning is the phytosterols, including campesterol (anti-inflammatory), stigmasterol (antioxidant), betta sitosterol (hair growth), and avenasterol.

You can and should use black seed oil due to its healing properties. While it is not the most delicious oil to be used in your kitchen, it is certainly a great remedy for many health related issues. One gets the feeling that we don’t yet know the full scope of its useful application, and that we would have to wait a bit more as science slowly discovers black seed oil’s beneficial action.