Even though herbal remedies can and often will improve your health, you should always check the pros and cons of their application, especially if you self prescribe them.

Probably the most interesting thing about St. John’s Wort is that if you crush the yellow leaves of the plant they will bleed a red oil. It’s weird, but true! Much of the legends and folklore surrounding this plant comes from this unusual property.

Legend has long tied St. John’s Wort to religious use and/or witchcraft. On the Isle of Wright, an old legend said, that if a traveler stepped on this flower at dusk, they would be carried off on a magic fairy horse until dawn.

In Christianity, this plant is believed to drive out demons. It has been associated with St. John the Baptist (from where it gets its name). This plant has been said to first bloom on St. John’s birthday and bleed red oil on the day he was beheaded. The medicinal properties are thought to be most potent if harvested on St. John’s Feast Day.

In Wales, legend has it that the sprigs were used to determine a person’s health. Fresh sprigs were hung over a door, and each sprig was named with a member of the household. The faster a sprig shriveled and died, the sooner that person would die. 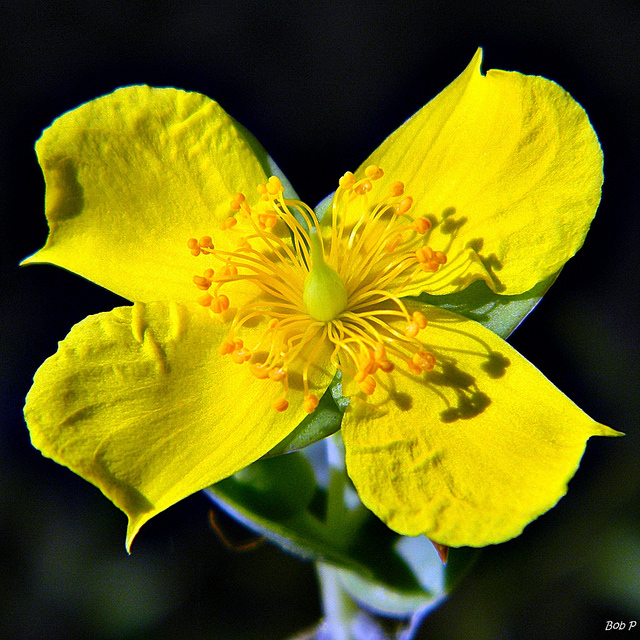 Medicinally speaking, the unusual property of this plant to bleed red when touched, along with its porous nature, is probably the reason why historically it has long been used for wounds and skin issues. It was also used for mental problems, bed-wetting, anxiety, coughs, gastric upset, worms and anemia.

St. John’s Wort contains tannins, resins and a dye. One of the most common benefits of St. John’s Wort is that it is an anti-depressant. This property is found in the dye. The tannins and oils are likely antibacterial and astringents.

Other benefits of St. John’s Wort is that it helps soothe upset digestion, including relief from ulcers, gastritis, diarrhea and nausea. It also helps treat bruises and hemorrhoids.

Mentally speaking, the benefits of St. John’s Wort include a calming effect and a sense of well-being. In a clinical trial involving 3 autistic males, St. John’s Wort has been shown to be modestly successful in reducing irritability.

Clinical studies in rats have shown that St. John’s Wort can help diminish the effects of aging on spatial memory.

The benefits of St. John’s Wort for the skin have been demonstrated by clinical studies. A cream made from St. John’s Wort has been shown to reduce the symptoms of atopic dermatitis. Furthermore, human studies have shown that topical application can speed wound healing in women who had a cesarean section.

Finally, for the dedicated herbalist and gardener, you can find seeds of preferably organic St. John’s Wort. Sometimes the best herbs are those you grow at home!

If you use St. John’s Wort without consulting with your physician and in large doses it can have a number of adverse health effects.

The major side effect of St. John’s Wort is that prolonged or large exposure can cause photo-sensitivity, especially in light-skinned animals or people. At normal doses, generally there isn’t any problem. It is at larger doses where problems are more likely to occur. This photo-sensitivity can cause skin inflammation, dermatitis and other reactions. Some sources report cataracts resulting from this photo-sensitivity in the eyes. So avoid this plant in all shapes and forms if you are naturally photo-sensitive.

While it is often used for treating depression, St. John’s Wort should be avoided in severe chronic depression cases. For example, in cases with suicidal thoughts, mania, and other serious conditions it can make the situation worse, not better. If you plan to use it to treat depression, you must consult with your doctor on the proper treatment.

If combined with methylphenidate, St. John’s Wort can make ADD or ADHD symptoms worse. It affects people with bipolar disorder too. It can also lead to dementia in people with Alzheimer’s disease. Stay away from this plant or consult with your doctor in cases of the disorders mentioned above.

This herb can interfere with a number of medications and diminish their effect. This includes anti-depressants, anticoagulants, anti-rejection medicine, oral birth control pills, anti-cancer medications, etc. So, stay away from this herb and/or check with your doctor if you are already taking some of these drugs.

If you use St. John’s Wort a long period of time, a possible side effect could be hair loss. This is not dissimilar to some other antidepressants. So, avoid this plant if you notice your hair is getting thin or if you suffer from hair loss.

Other possible side effects involve nausea, dizziness, confusion, and tiredness.

In addition, don’t forget to consult with your doctor on the recommended dosage of this herbal medicine.

Using in Juices and Smoothies? 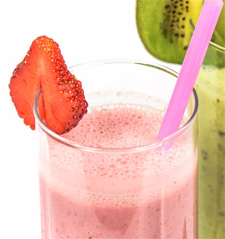 You can if you will add some St. John’s Wort tea leaves, powder or tincture to your daily smoothies, juices, or supplements.

Do you use this plant? Did you know about any of the side effects?

To your health and well-being!